Look deep into martin guitar, and you will
understand everything better. 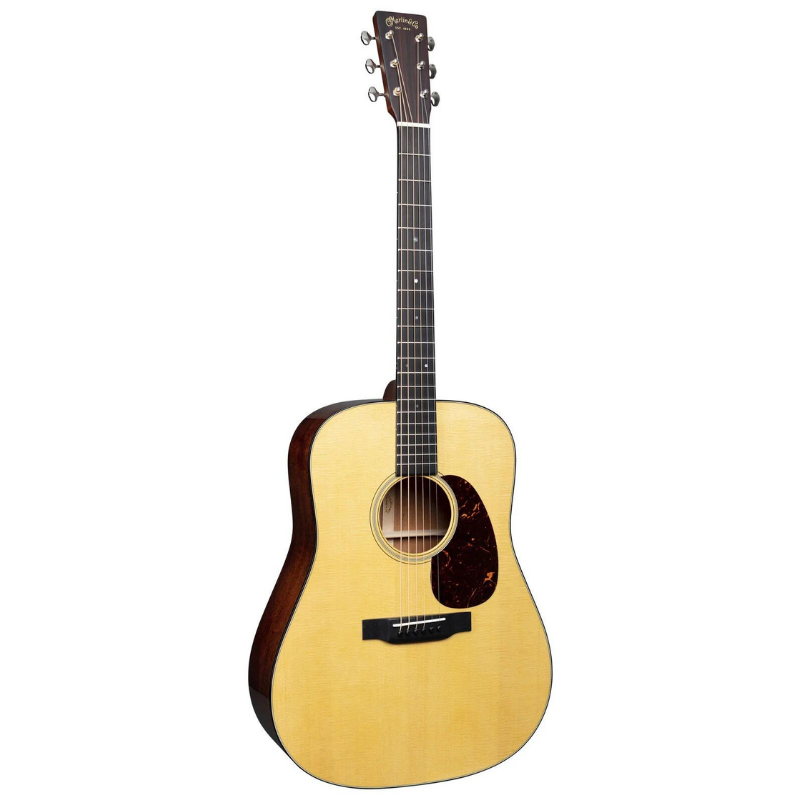 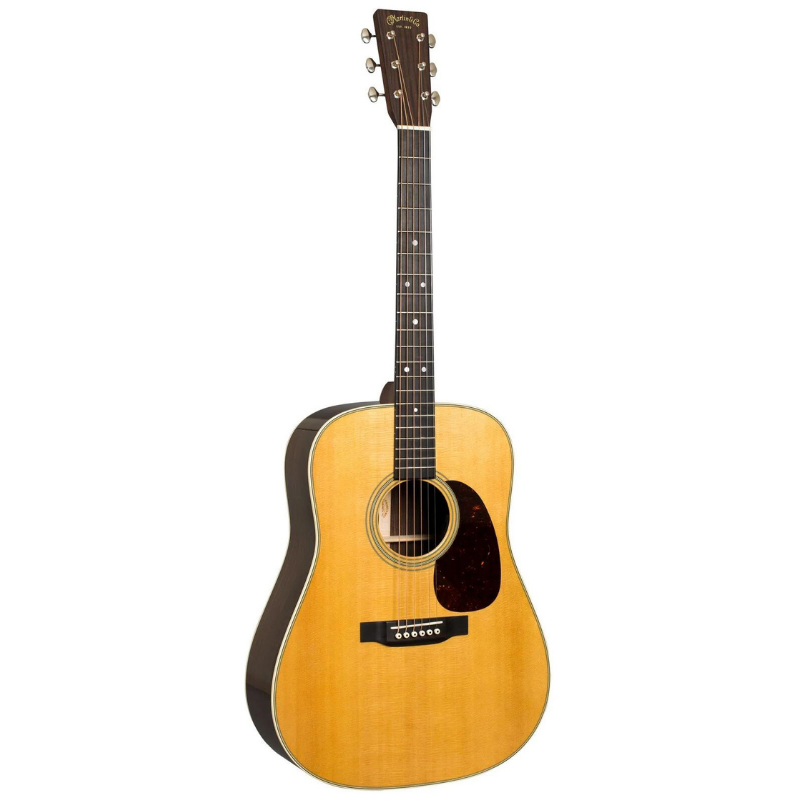 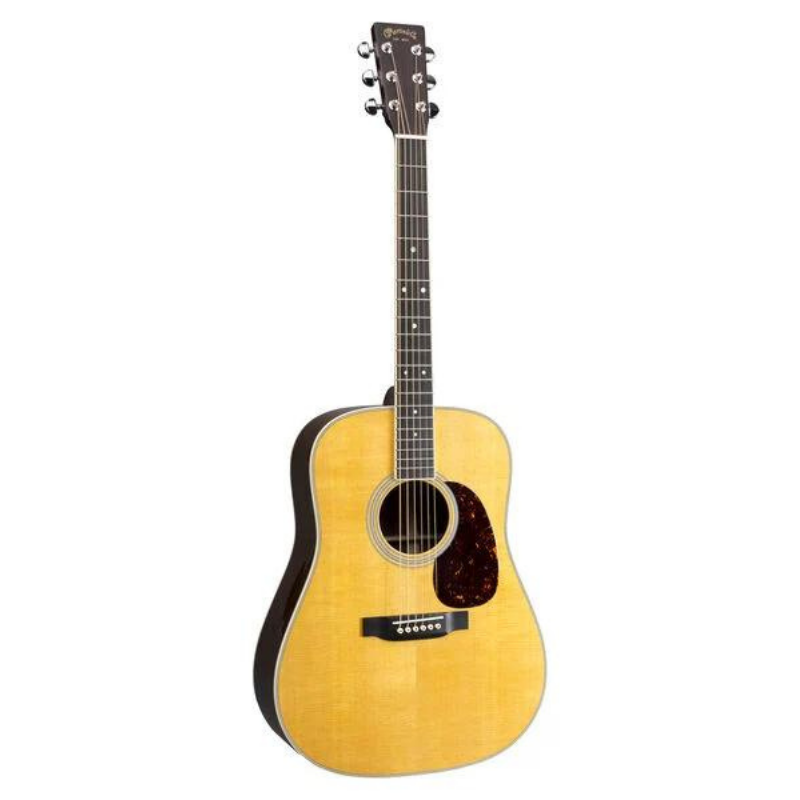 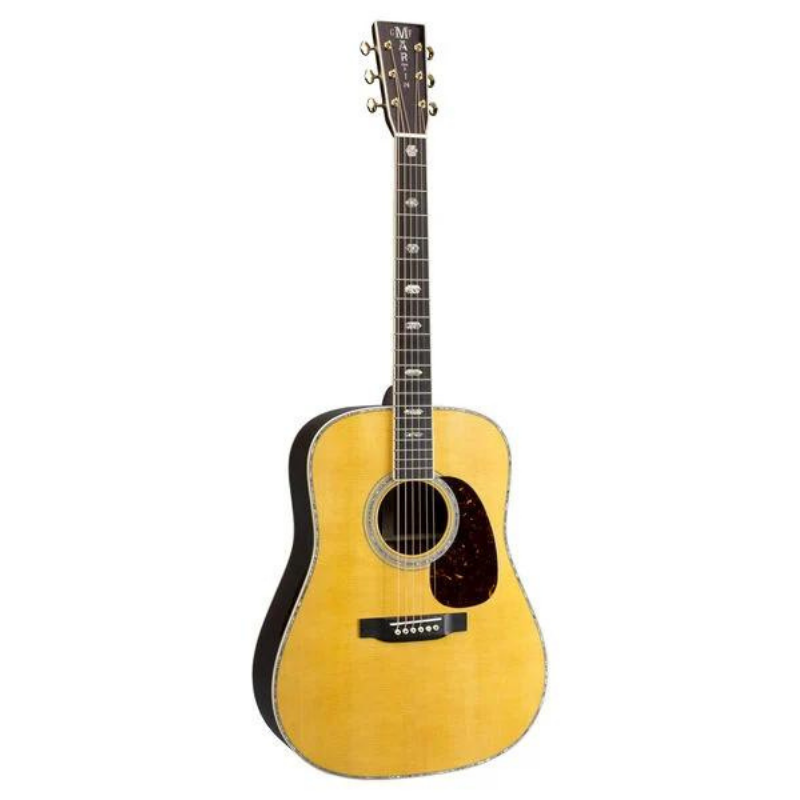 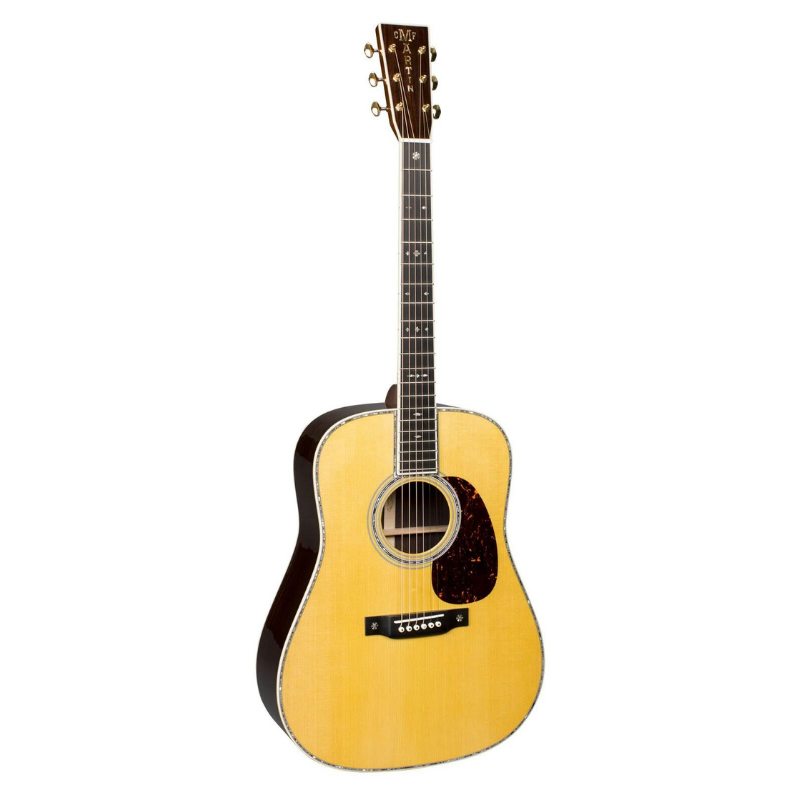 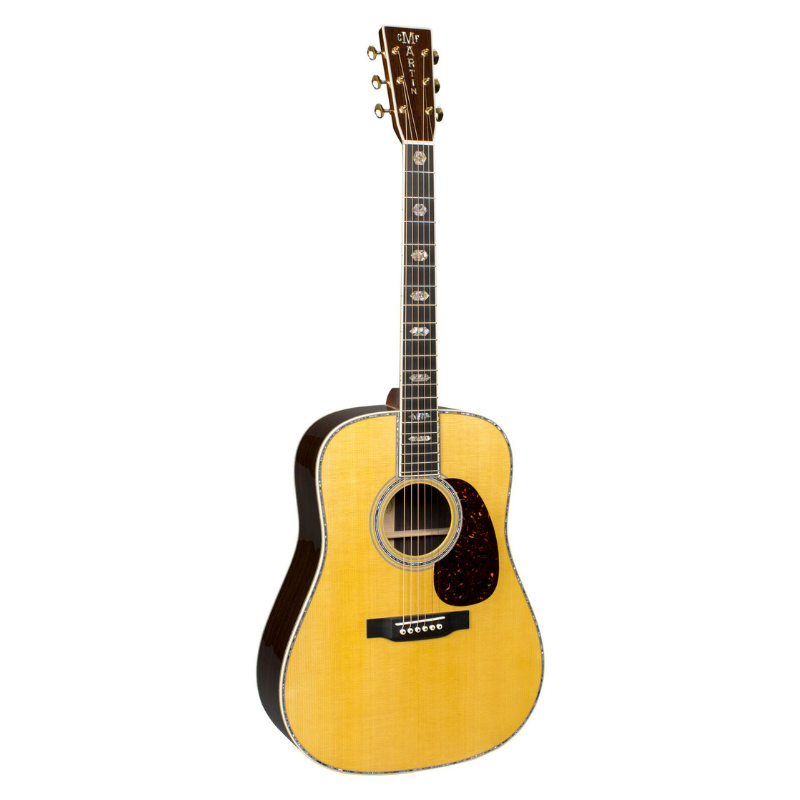 Martin, founded in the United States, now has a history of nearly two hundred years. Martin has always been committed to making the best instruments, constantly innovating, and introducing features and technologies that have long become the industry standard. It is also highly respected in the guitar industry and has a good reputation. 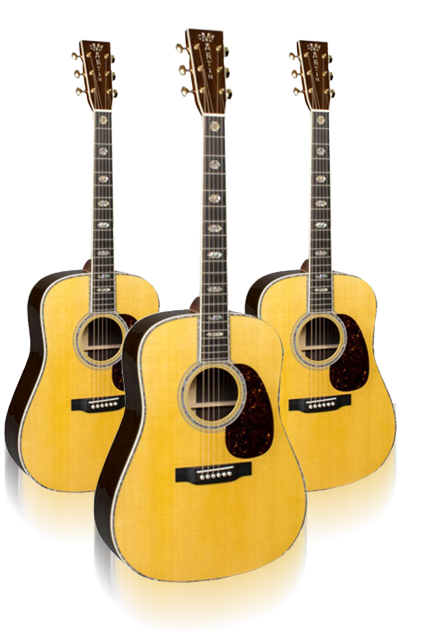 Christian Fredrick Martin, the founder of Martin, was born on the Elbe River in Germany in 1796. Father is a carpenter. At that time, the guitar was not recognized by people. His father offended the local violin manufacturer for selling homemade, handmade guitars. (It may be that the violin makers at that time had formed an artist class, while the carpenter Martin was just a civilian.) In 1807, his father was ordered to suspend business.

After mastering the rudimentary knowledge of guitar making, Martin came to Vienna, the capital of music, and became a disciple of Old John, the famous craftsman of violin and guitar making. (By the way, Schubert likes the violin made by Old John very much.) After getting married in Vienna, little Martin returned to his hometown and obtained official permission to make a guitar.

The next year (1834), he opened his first guitar shop at No. 6 Hudson Street, New York. However, New York is in the process of rapid urbanization. T1839, upon the recommendation of friends, moved to Pennsylvania to seek a more stable living environment. The guitar he produced here is sold by the guitar classroom directed by John Cooper.

The works of this period are very similar to those of Old John. For example, they are similar to Fender’s single-row string curler and the adjuster that can adjust the angle of the neck. From the 1940s to the 1950s, Martin mainly focused on the internal design of the piano cavity. He added X-shaped force wood on the inner side of the surface plate, which is more powerful than the previous fan design.

In 1856, when the X-type design research ended, a boy named Gibson was born in New York. At that time, the Chinese Martin Guitar  was finalized. Martin I, who completed these great achievements, died in 1873 and was succeeded by his nephew, C. F Martin Jr. Martin II died in 1888 at 83 because of his illness. His son, Frank Henry Martin, inherited their will. In 1894, about 60 years later than Martin I, Gibson began making musical instruments as a shoe shop clerk.

The models of martins are mostly expressed in Roman characters or figures. The series produced in 1850 is represented by 3, 2-1/2, 2, and 1. In 1854, the size of the zither began to be unified. Models 5, 4, and 3 with 0 and lower were added. In 1877, Model 00 appeared. Not long ago, I thought 0 was the Roman character O corresponding to D. After reading relevant books, I knew it should be the number 0.

Perhaps, there is some repetition in the description of time, but it is worth mentioning that a product in 1916 had a significant impact on today’s Chinese Martin Guitar . At that time, Martin produced a series of guitars for a music firm in New York, listened to Henry’s suggestion, and began to design the guitar for the singer especially. Because of its unprecedented size, it is named after a British warship and is called Type D for short.

The later generation produced  123 type with 12 kinds of musical instruments, including spruce and rosewood. In fact, in 1931, the company began to produce Martin’s 12-pin piano. The D-1 and D-2 models were the predecessors of the later D-18 and D-28. Type D has almost become the synonym for Chinese Martin Guitar , and the body’s shape has also become the standard of the wooden guitar.

In the old D-28 model, there is a kind of Chinese Martin Guitar  called “Hailingbo” (transliteration) through special processing. The interior of the body edge is specially decorated. In 46, before and after the termination of production of “Hailingbo,” there were changes in D-28, such as Limu-shaped decoration, lining plate, and centerline decoration, which customers welcomed.

The old brand Chinese Martin Guitar represented by Martin guitar greatly differs in price due to the difference in age and style. In Chinese Martin Guitar, up to 69 years ago, the guitar made of Brasilia rosewood with a model of more than 28 was different from that of Indian rosewood 70 years later. Brazil – To protect the domestic wood processing industry, the export of logs was banned. Therefore, Martin, which relied on Brazilian logs, had to use Indian rosewood instead.

In the 1940s, the D-28 production quantity decreased after the war, and with minor style changes Chinese Martin Guitar, various styles remained. In 42 years, it used the trademark “sloped diamond” and the rear open string winder. In 2004, due to the increase in the number of people using high-strength strings, 12 banjos were produced with internal design. In 45 years, the trademark became a circular design. In 46 years, it became like this Chinese Martin Guitar.

In the colorful historical development process, Chinese Martin Guitar  Company has successfully adapted to the improvement and transformation of product design Chinese Martin Guitar, promotion and manufacturing methods. Despite many changes, C.F.MARTIN never changed its original commitment to the quality of goods.

At this time, the painting is finally finalized. In the same year, he was a Chinese Martin Guitar Also, in the same year, model 000 was redesigned, and 14 OM (Orchestral Model) models were made in 33. The original type 000 has a neck length of 632.5 mm, while the modified OM has a neck length of 645.2 mm. Due to the small production quantity at that time, OM has become a rare edition. Chinese Martin Guitar

Why Martin D45 guitar people sought after?
Click To View » 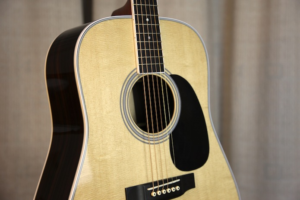 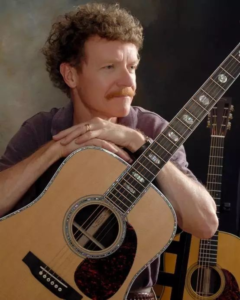 Our aim is: “What I make is not only a commodity but also a work of art.” This kind of craftsmanship strives for perfection so that the works of art produced can be recognized and loved by others. 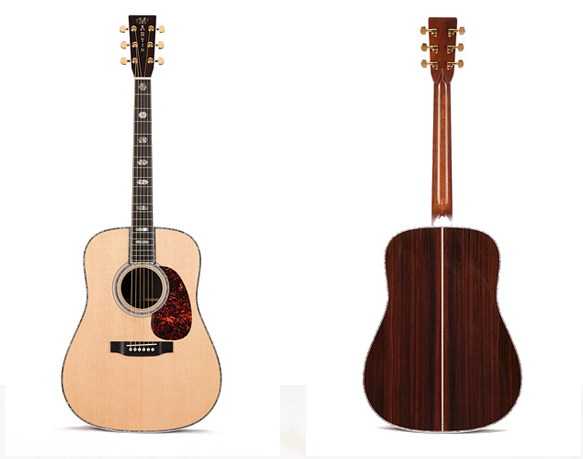 WHEN CAN I EXPECT MY GUITAR TO ARRIVE?

Usually, it takes 7-14days for shipping. According to your personal need, we use EMS to ship worldwide, or for some countries, we use another shipping way like TNT, DHL, or UPS; the price will be different for using different shipping solutions.

WHAT IS BLACK RICHLITE?

Black Richlite is a composite material that is made from paper and resin pressed at high pressure.

WHAT MATERIAL IS THE MARTIN GUITAR MADE OF?

“Original and with an innate understanding of their customer’s needs, the team at Amartin is always a pleasure to work with.”

“Love Nature has an amazing team of hard working professionals. It has been a pleasure to meet them.”

You can find us at

Let's get in touch